Editor’s Note: Apologies for the delay. Not keeping up my publishing pace like I would like. I will attempt to stick to once a week. Enjoy more insights into Georgia.

Names mean everything in the South. I mean, not in a celebrity type of way. Not in that like following Elon Musk’s twitter feed kind of way.

What I mean is your name means something. In modern consultese, they would call this “personal brand.” A name can ring forth with fraud, reliability, disgrace, trustworthiness, etc. Just depends on how you establish yourself.

Lets look at an example. This house I just bought. We are still mid unpacking boxes, and we probably will be for some time to come. Inside of a closet door. I found this: 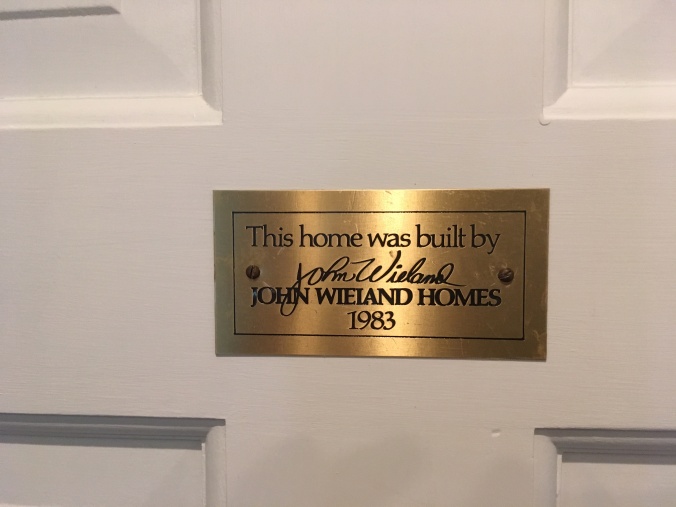 A plaque? Commemorating the house’s founding.

Seeing this name didn’t surprise me. This was a selling point for the home. It was in the original listing “a remodeled John Wieland home.” My realtor made the point of saying the entire neighborhood was done by John Wieland. Even my in-laws flipped out, “You are getting a John Wieland home. That’s the best.”

I was trying to understand the hero worship. Google didn’t help me any. It’s just a developer. But one with a lot of dough apparently. Has their own youtube channel.

Not sure this dude needs more advertisement…ever…

Its a full on thing in Atlanta.

What I find interesting about it is that people know all of these construction guys names. John Wieland is like the Cadillac, but there are plenty of others. Check your Atlanta area listings, you will see names floated around.

I think the main thing I am struggling with about this is, I cant fully articulate why I think its dumb that a thing like a developer is celebrated. Is it that I am envious? Nope, I like being unknown, unheard of, and unremarkable, down in my John Wieland basement.

Is it that I think its a bit egotistical to slap a plaque with your signature on every house you make? Yes, but that’s not it either. Let the dude do what he wants. He makes a fine home.

I think its that these are the kinds of conversations people have. My mother in-law has been telling every one of her friends group about the fact that we bought a John Wieland home. This will give the conversation machine fuel through to the summer.

That’s what bugs me. Don’t people have better things to talk about? Read a goddamn book. Catch a film. Enrich yourself. Or, get involved in your community. Don’t sit on the elliptical at LA Fitness and talk about the prestige of John Wieland.

On a move & family update front, things are going swimmingly. Ethan is using more words by the day and is super talkative. We are fully settled in here and around 85% unpacked. Need to put up the books and go through the stuff in storage in the basement.

We also need to get rid of all the goddamn empty boxes. 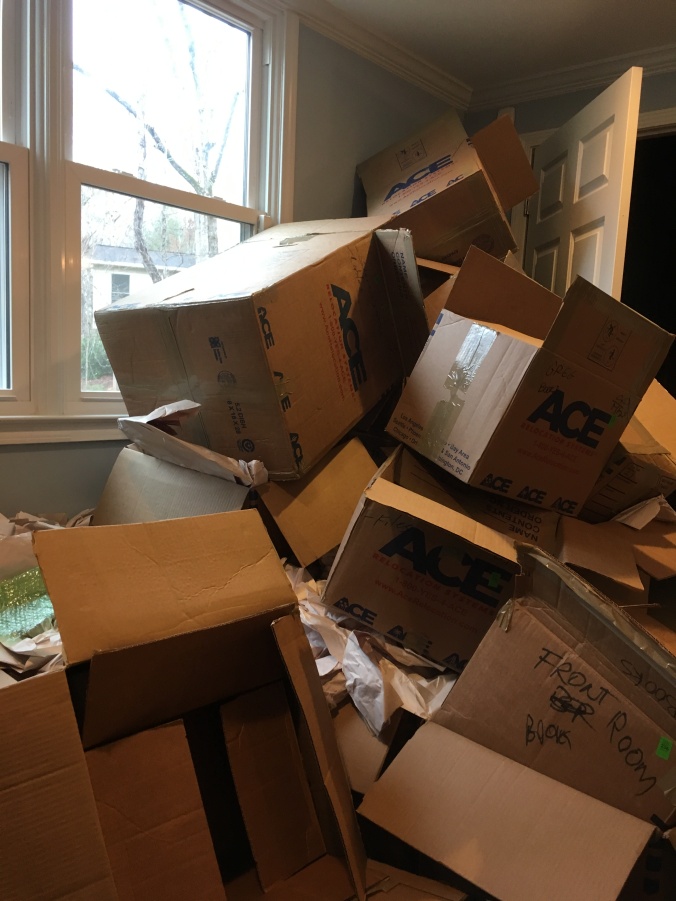 This is about 1/5 of the empty boxes that currently exist in my house.

I’m slowly but surely getting them all to the street for the garbage to be taken away. Hopefully, they will all be gone soon, and I can post pics of our house all dolled up.

Till then, keep yo flava fresh.